Creating an interactive plane showing a 2D slice of 3D .vti data with the vtkImplicitPlaneWidget

I am new to VTK and trying to create an interactive plane with the Implicit Plane Widget example, but without the cone, and instead of a blank plane, displaying a 2D slice of my 3D .vti data on the plane, at the position and orientation of the plane at that moment. An example in AMI.js looks like this: 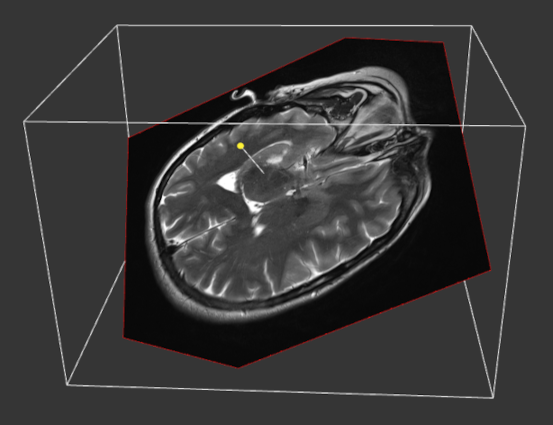 I am quite new to VTK and have no idea which methods of widgets are necessary or useful. I did manage to remove the cone from the example code of the Implicit Plane Widget. Can someone help me in the right direction to achieve my goal? Thanks to anyone who can help.

In the meantime I was able to adjust the Implicit Plane Widget according to the dataset (headsq.vti) I am loading in, and, for now, visualize the volume of the data into the box, so instead of the cone. 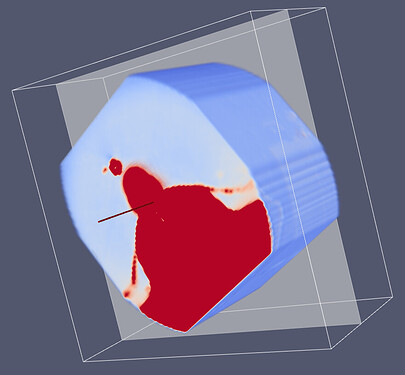 But I still have no idea to to get a slice/a scan of the dataset onto the plane that corresponds to the positioning and orientation of the plane. Does someone have an idea? I tried texturing, but I could not get to the properties of the plane.

I am also wondering if it is possible to disable the green highlighting of the plane when hovering over it or grabbing it, replacing it with highlighting the outlines of the plane. Does someone know?

Do you have any idea? I have noticed you worked on the the git repository of VTK.js and answer a lot of questions. I am not getting any further than this and have no clue what to try next.