“Rotate the Prop3D in degrees about an arbitrary axis specified by
the last three arguments. The axis is specified in world
coordinates. To rotate an about its model axes, use RotateX,
RotateY, RotateZ.”

in the picture there are two identical cones placed in the same position to start with. Now I am rotating the grey cone with the following settings 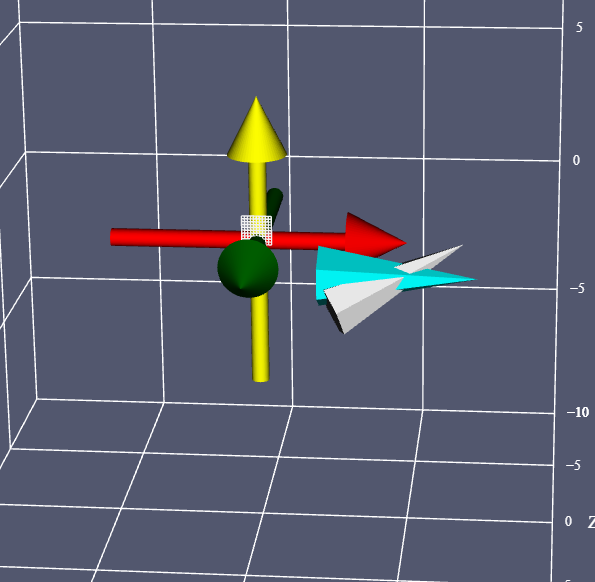 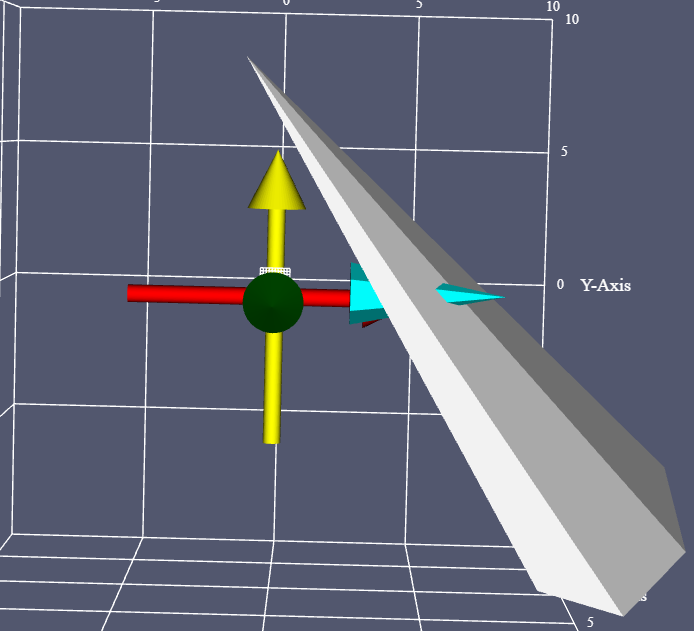 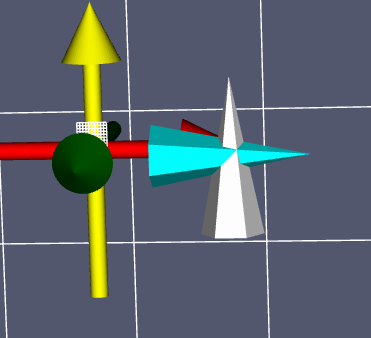 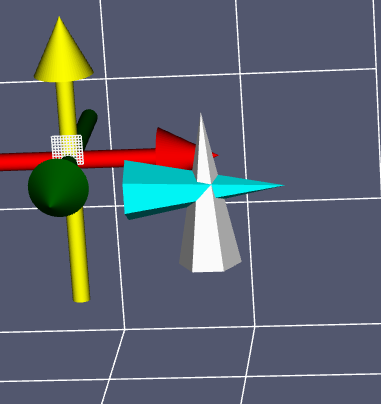 that last two pictures just prove my point that the rotateWXYZ rotation is a object local rotation, not a rotation in the world space.

Could someone help to comment what is the supposed behavior of function rotateWXYZ(theta, x,y,z), thanks!

rotateWXYZ(angleDegrees, x, y, z) rotates an object in model/local space around an axis defined by the normalized vector (x,y,z). The origin of said axis is the center of the bounding box of the model.

The distortion likely is due to a non-normalized axis vector, resulting in scaling.

Thanks Forrest, that is clear and I’ll test it. I think it should replace the original text I quoted. Do you know the answer to the question 4? I mean, in reality, not all rotation is around the object center. Also, does rotateX, rotateY, rotateZ rotate around an prop3D’s center or its origin point?

As I checked Prop3D document, there is no function setCenter, but there is one setOrigin(x,y,z)
“Set the origin of the Prop3D. This is the point about which all rotations take place”

Everything works now. By applying setOrigin function I can make a rotation around any axis now.