Hello.
I built VTK 9.0.1 with tkinter Python 3.8.5 for Macos (Intel, Big Sur) on a Macbook Air, and built an app that visualizes dicom images. App works perfectly fine on Macbook Air. Tested it on multiple devices. However, on testing the app on Macbook Pro, the render window breaks down. It minimizes, leaves the set grid position, and overlaps other widgets on the tkinter window.

What could cause this difference in behaviour?
I assumed building on macos environment would work across all mac devices (air, pro, mini, imac).

Alternatively, are there any builds of VTK available anywhere with tkinter included? That would work consistently, like the ones on pypi, but with VTK included.

My guess is that it is GPU driver related. @ken-martin?

Sounds like a tkinter version issue maybe? I would not expect a GPU driver issue to cause window sizing, positioning issues.

@ken-martin Could macbook pro and air on the same version of MacOS (Big Sur) have different tkinter versions? (I’m new to building apps in this environment)
The frozen app is built with tk8.6, that ships with python 3.8.

The render window itself still works, displays images, can be interacted with, on macbook pro. Just totally breaks down in terms of position and size.

I doubt that vtkTkRenderWidget will work on Retina displays. On my part, I’ve used tkinter on Windows and Linux recently, but I haven’t used tkinter on macOS for a couple years at least.

I built VTK with Tkinter on Windows and Linux. The app works well on both platforms on multiple devices. It is only on MacOS that I have seen this issue.

@dgobbi What solution would you suggest? As the macbook pros I tested on definitely had retina displays.

There are a few things you can investigate:

VTK has been made to support Retina through Qt and Cocoa, so Tk should theoretically be possible too.

A quick follow-up. I tried the old squadViewer.py example on Retina and the problem really does appear to be a scaling/positioning issue and nothing more: 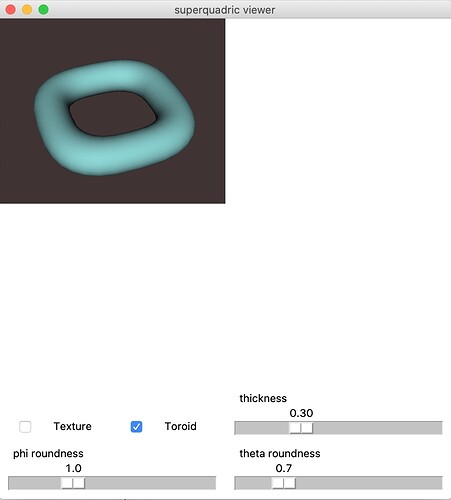 Alright. Thanks for the confirmation!
Will work on editing the size and position for retina.

Hi,
Following the info you mentioned earlier, that ‘VTK has been made to support Retina through Qt and Cocoa…’

I decided to make a go of building the app on qt and have been largely successful.
However, I have noticed an offset between the mouse-click position on screen, and the relative position on the render window. See the screenshot below, where to get the handle of the Box Widget, I would have to click at the cursor position. 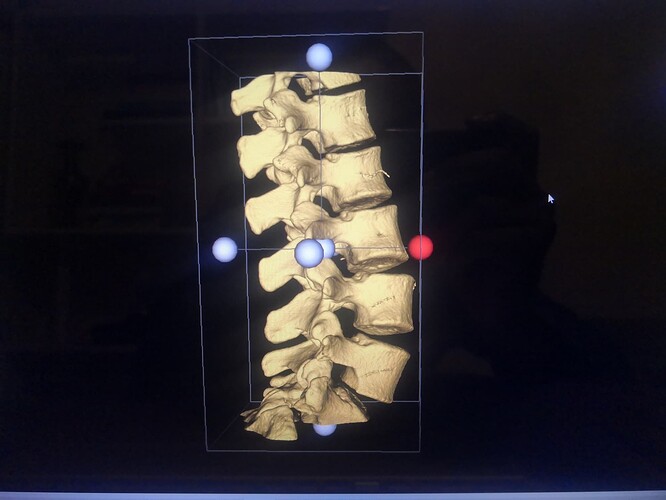 The render window is built with PySide following your guide here:

Do you have any idea what causes the offset @dgobbi ? And how to fix it.

I also noticed the offset when adding TextActors to the screen, and have to compensate when setting DisplayPosition.

The QVTKRenderWindowInteractor in that example is quite old, try using the current one from the VTK master branch. I’m not sure if the retina support is complete, but the code is straightforward and should be easy to modify.

Also please note that QVTKRenderWindowInteractor.py is completely different from the QVTKOpenGLNativeWidget.cxx that is used by ParaView and other C++ applications. VTK’s C++-Qt code is tested on a regular basis by Kitware, but QVTKRenderWindowInteractor.py is a community-supported class, so it’s really only tested and patched by users such as yourself.

Thanks a lot. Using the QVTKRenderWindowInteractor from the VTK master branch fixed the problem!

Would you mind sharing the build steps for VTK+tk support under Mac OS X? I brew installed python-tk@3.9 and tcl-tk, added the right path to $CPPFLAGS and $LDFLAGS but run into this:

First, I used an official python install from: Download Python | Python.org
Did not use a brew version.

Secondly, when configuring with cmake, I had to provide absolute paths to each of the following:

The python and tcl/tk paths are from the same installation.

On Mac, there are other tcl/tk within Xcode, which may cause the conflict.

I configured everything with Cmake-Gui, which made things easier. However, I’m sure you can implement this from terminal.

Thanks, I used cmake GUI to point to the brew version on your advice and it now seems it’s building!

Didn’t you notice render window scaling issue? It seems the vtkviewport only occupies a quarter of the window. I am guessing it is HiDPI-related… @dgobbi I hope it is OK if I ping you here, since you are the author of the tk related stuff. 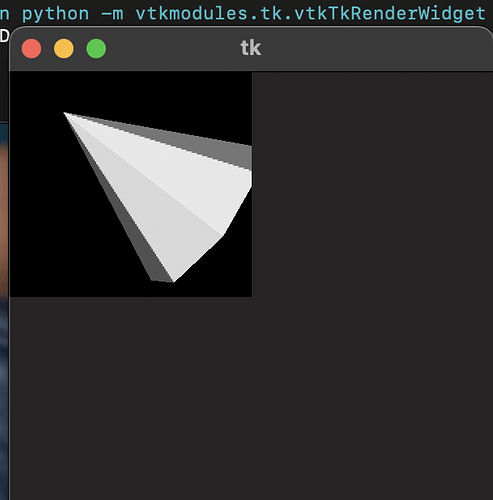 I can cheat by forcing the widget width and height to be twice the window size, but it feels wrong.

The HiDPI stuff was never implemented in the vtkTkRenderWidget (search for “retina” in this thread for previous posts on the subject). If anyone wants to dig into vtkTkRenderWidget.cxx and actually fix the issue, I’d be glad to assist.

Yes I noticed that. It is an issue with vtkTk and Mac Retina Screens. Doesn’t show on windows computers, or MacBooks without retina.

My solution was to use qt instead of tkinter. With qt, the window is scaled correctly on all screens, including Retina.

Many thanks for your answers.

@dgobbi I’ll definitely take a look, but I pretty much suck at any other language than python or JS. Might be a good opportunity to skill up though

@cmengich I see, you gave up on tkinter then! I know that using Qt is the most common option but I really enjoy tkinter to write GUIs rapidly… meh, maybe I’ll change my mind in the coming weeks and just rewrite all my stuff to use Qt instead.

First, I would like to apologize since I realize I did not event scroll in this topic before asking something that was already discussed here.

I’d be glad to assist

How glad and how much would you assist me?

Could it be that a simple ‘scaleFactor’ parameter has to be added here?

If this is the case, any idea where how I should define this ‘scaleFactor’?

to pick points on screen. This most probably does not work for non-retina display. Thought I’d share here anyway in case anybody also likes tkinter for quick GUI prototyping!