I want to detect the vertices of an edge fillet/blend of an STL file. This fillet/blend edge forms the border of the top face of a closed surface triangular mesh. I tried using the class vtkCurvature where I experimented with Mean and Gaussian curvature. But neither of those numerical values form any pattern of curvature. Also, I tried using AdjustEdgeCurvature, but that doesn’t work here. Could you kindly advise what technique could be used for detection of such an edge ? I’m pasting a snip of the mesh where the fillet edge is painted in BLUE and highlighted in BLACK. This is the principal curvature as detected in MeshLab. 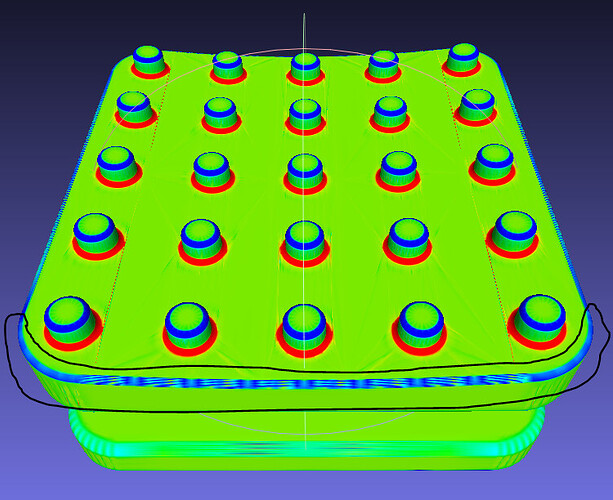