How to Include 2D Image as Overlay in a 3D Scene

In the example ChartsOn3DScene
a 2D Chart is displayed on top of a 3D scene which can be interacted with.

I’m trying to do something similar, but instead of displaying a Chart, to show an image, which persists and does not change position or scale as the user interacts with the cube.

My naive attempt shows what I do not want to happen, which is that the image is included in the 3D scene and rotates with the cube 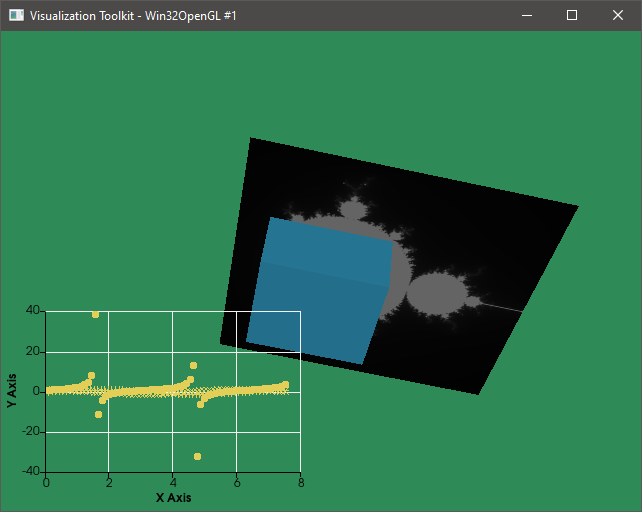 I’m using Python, but going between C++ and Python examples are fairly straight forward, my modification to the example is

vtkLogoRepresentation should do the trick.

Thank you, this does seem to be a good approach that I have working. An alternative I found was to use the concept of rendering layers, with one camera using a parallel projection, but the logorepresentation makes the positioning easy.