I’m trying to load an OBJ file with more than one texture, and I can’t seem to find a way to do that in VTK. Searching for possible solutions, I’ve found a very convoluted one to create an entity for each texture and using blending modes that I haven’t been able to make it work.
I’m even OK with splitting the OBJ in multiple meshes, and so I was trying that approach but I can’t seem to find all the necessary pieces to split the OBJ by material.

So eventually I thought I’d rather ask in case there’s a way to do this that I might be missing.

The faces in my OBJ file look something like this:

We do handle that path inside vtk.js.
You could possibly use the same logic and apply it to its C++ counter part.

Thanks for pointing me to the vtk.js OBJ viewer example, that’s pretty cool. Looking a bit into the code, it looks like there are parts that are custom of vtk.js and would need to be re-implemented on the Python side (or C++, but I’m currently on Python), like the vtkMTLReader (important bit in it seems to be applyMaterialToActor), some functionality in the actor wrapper, like addTexture, and a couple of other things, unless there’s some similar options already that I don’t know about. In my case it just seems quite more work than I hoped to justify the functionality.

I’ll keep digging into that code since it’s only lead I have at the moment, but if anybody knows of a Python (ideally) or C++ approach, I would appreciate it.

This class is based on the article I mentioned in the original post: 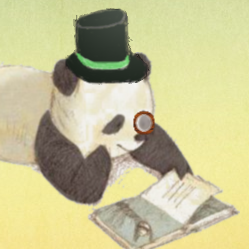 A class made to help texturing objects with many images, with the 3D rendering toolkit VTK, in C++. - Scylardor/vtkTexturingHelper

I don’t think multitexturing is currently implemented in vtkOBJImporter, but it would be straightforward - using vtk.js or vtkTexturingHelper as examples. If you can implement it and send a merge request then I’m sure VTK developers would be happy to help reviewing and integrating it.

It is true that it is specific code in vtk.js but the objects that get produced are the same as the C++ ones. In other words you have your various piece defined and available as example in JS so it create the proper vtk objects (vtkPolyData, vtkTexture, vtkActor, …).

And to me porting the JS code to Python should be fairly strait forward.

Thanks for your responses guys. I guess I was really hoping to be missing an easier hidden solution to something that feels like a quite fundamental feature to have. I understand that maybe it’s not so much for the purposes VTK was initially designed for, but seeing more recent features like PBR being implemented in an easy to use manner, for example, I thought multi-texturing would be a given.

Looking at vtkTexturingHelper, which initially looks like a more self-contained solution than vtk.js, so it would potentially be easier to re-implement, it seems to be using some methods that are deprecated (e.g. MapDataArrayToMultiTextureAttribute ), so it hints to be not as straight forward as I was hoping for.

MapDataArrayToMultiTextureAttribute does not seem to be deprecated (only one particular signature was deprecated, in favor of a new one). If you have a specific question about how to update the method call in vtkTexturingHelper then I’m sure there are people here who can help.

Thanks Andras. I realized that the method was still available, and I’ve found an example here of how is currently used. I’m sure I’ll have a few more questions once I start to get my hands dirty

I’ve been trying to implement vtkTexturingHelper in Python and I’m not sure what I’m missing but I can’t get the expected results. Below is the code and a simple example OBJ file. Any help would be much appreciated:

It looks like many OBJ’s are not formatted in the way the original code is assuming, so retrieving the texture coordinates that way (RetrieveOBJFileTCoords) is not generating the correct results. So I ended up retrieving the ‘material’ names from the object in a different way and pass that to MapDataArrayToMultiTextureAttribute instead of the current m_TCoordsArray.GetName()

Because of the need of using additive blending to map multiple textures, if the background is not black the brightness of the texture changes: 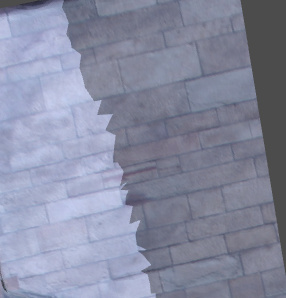 If the background is black, the texture brightness remains as expected: 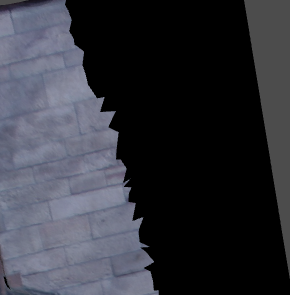 The issue is that when mapping the first texture it seems to add some color beyond the edges of the texture (dark blue/gray color): 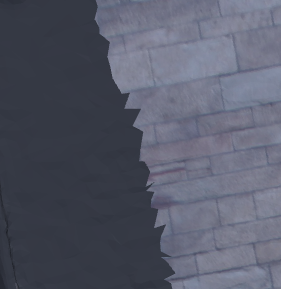 I’ve tried using InterpolateOn() on the texture, and that color got darker (the color shown above), but just a bit. Is there a way to set the behavior of the texture so beyond the mapped areas the background color can be set to black?

This post pointed me in the right direction (I was setting the texture coordinate values to -1 instead of 1.1):

Assigning values above 1 in the texture coordinates where you don’t have textures with setting repeat on the vtkTexture to False should do the trick. Here is an example using PyVista to show what this would look like: from pyvista import examples texture = examples.download_puppy_texture() texture.SetRepeat(False) mesh = examples.load_random_hills() mesh.texture_map_to_plane(inplace=True) # Now turn off a region of the texture mapping idx = mesh.points[:,0] > 5 mesh.t_coords[idx] = [1.1, 1.1…