So I’m implementing some of the more advanced rendering techniques exposed with the release of VTK 9.0 and whilst a lot of the Physically Based Rendering works incredibly well I’m currently experiencing an issue with the Screen Space Ambient Occlusion pass used. The issue is fairly minor however it’s preventing me from getting truly photo-realistic rendering.

When SSAO is applied square artifacts roughly 32*32 pixels in size appear in certain sections of the scene which is presumably the SSAO being run on instanced sections of the scene. In regular use the SSAO is only really prevalent in corners, I’ve intentionally set the kernel size small to accentuate the SSAO error to show the subdivisions. Zooming into the scene seems to mitigate the issue however changing the SSAO Radius, Bias and Kernel Size doesn’t seem to have any effect. 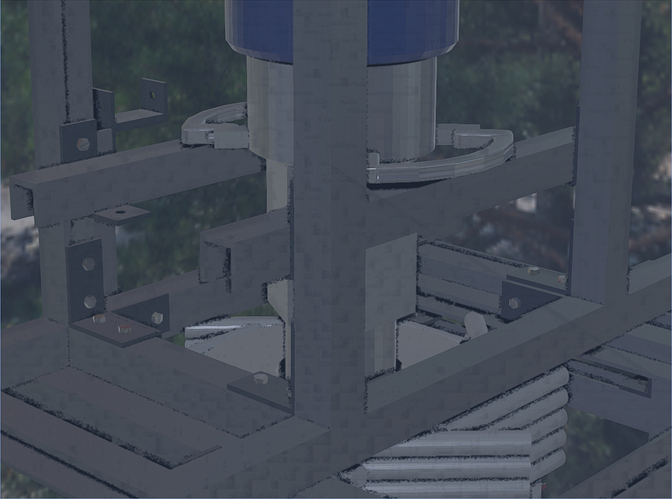 Is there any method to change the size of the screen subdivisions or are their sizes an integral part of the rendering framework?

Additionally it appears that my scene is re-rendered upon mouse movement, whilst this isn’t an issue with regular passes the stochastic nature of the SSAO pass creates a shimmer effect. Ideally I’d like the SSAO pass to update only when the scene actually changes. If the pass needs to be updated continually wouldn’t it make more sense to accumulate the SSAO estimations when the scene is still so that the statistics improve?