I am using Vedo and VTK to cut up a flat 3D model into different regions to do some selective mesh refinement and transformations later. For that, I need to extract regions that are going to be transformed and also add parts of the mesh that are attached to the end of it to also include them in the transformation.
To do so, I used vtkClipPolyData to slice the transformation area off the main mesh and also keep the latter. Then I use the Vedo-Function Mesh.split() to analyze if I cut anything away from the main mesh to add that part to my transformation segment. However, the cut was not clean and even after using intersect_with_plane() and imprint() to create new vertices in the cross-section of the main mesh that I’m going to slice, I still end up with some single vertices and edges inside the cut region that aren’t attached to the cut mesh.
Does anybody have an idea? Is the reason for this that the mesh consists of multiple manifolds(the base plane and the traces running on top of its surface), thus being non-manifold in the end?

(slicing code taken from Vedo’s “cut_with_mesh” function, I am going to make the cut via a Polyline later) 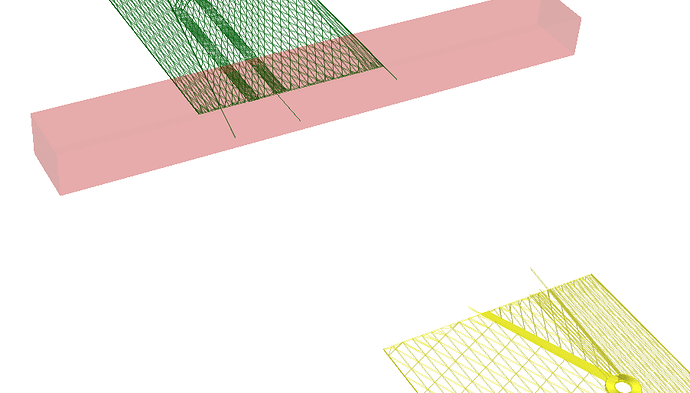 You can find the .py and .stl-file here: Cloudstore
Thank you very much in advance! (:

best wishes and have a great weekend,
Nico