The development of an OpenXR module has started and the goal is, at first, to imitate the OpenVR module, and then factorize the VR code between OpenVR and OpenXR in a GenericVR module. Notice that we could also factorize some code with the zSpace plugin (available in ParaView and surely later in VTK directly), such as for the InteractorStyle and RenderWindowInteractor.

The branch on which I am working on OpenXR is still a WIP branch, but we can already render a VTK scene in any headset that supports OpenGL backend, on Windows (and Linux too but not tested yet), with head and controller tracking. An OpenXRInteractor is in charge of converting inputs (eg. “/user/hand/right/input/trigger”) to an action (eg. “showmenu”). Then, an OpenXRInteractorStyle maps an action to an EventId (or a function).

There is also a concept of ActionSets that are application-defined collections of actions. Bindings in a binding_***.json file are linked to an action set so that you can remap all bindings to other actions if you select an other action set. Taken from the OpenXR specification :

For example, a game may have one set of actions that apply to controlling a character and another set for navigating a menu system.

Every communication with the OpenXR runtime passes through a singleton class named vtkOpenXRManager. It handles initialization / destruction of all the needed structures (Instance and its Extensions, Session) and stores the rendering resources and view / projection given by the OpenXR runtime. Notice that at the opposite of OpenVR, this is the runtime that creates OpenGL / DirectX textures in which we need to render at each frame.

Considering the support of the Hololens2 headset, here are useful thoughts :

As @ken-martin said in this post, OpenXR doesn’t require support for all graphics library, and Hololens is supporting OpenXR but not the OpenGL backend. The problem here is that the Hololens has an ARM architecture and needs an UWP app to work.

What we could do to support the hololens :

I’m just throwing this out there.

Would it be possible to render VTK with OpenGL ES 2.0 piped to DirectX using MS ANGLE?
https://chromium.googlesource.com/angle/angle

The original github repository also had some experimental support for HoloLens. 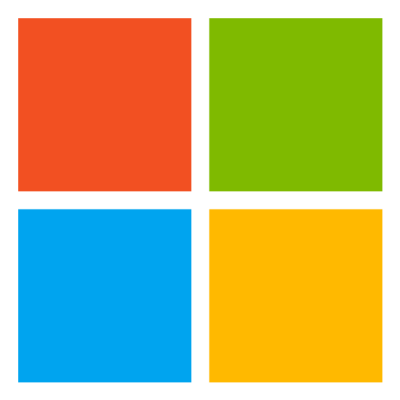 ANGLE: OpenGL ES to DirectX translation. Contribute to microsoft/angle development by creating an account on GitHub.

Just FYI, OpenVR has a limited shelf life, so I wouldn’t invest too much effort in making it work. Valve is, or already has, moved to OpenXR as a backend.

FYI We currently have a grant to implement the remote rendering to HoloLens. Although this listing is currently expired, we will be re-listing shortly.

@Paul Lafoix I was recently facing same problem. I tried many process but all in wane. Thanks for doing this. You shared very useful info.

Hi everyone,
Thanks for the support! I saw that you implemented a Paraview plugin for it to work on ZSpace, so I had questions about how to do the same but with 3D Slicer. Do you know if I can use this plugin, or some part of it, to display my 3D models with the ZSpace? Because right now it is not usable directly from VTK as you said, so I thought using the plugin would be my best shot. Thanks for the help!

Had another question about your plugin, I post it here but can create a new topic if you want !
Why didn’t you choose to use a Qt Widget? As this class seems to have everything needed to make a render window working with crystal eyes ? I thought it would be easier this way at first, but as a newbie, I may have completely missed something

Hi
I have download you openxr code,this code can compile by mingw? thanks

This branch https://gitlab.kitware.com/paul.lafoix/vtk/-/tree/OpenXRSupportNoGeneric should compile with mingw, but I did not test it already, so let me know if this works

Hi.
I am developing a medical app utilizing both Hololens 2 and 3D Slicer and glad to hear that OpenXR support for VTK is being developed.
Do you have any info on the progress of 3D Slicer extension that supports VTK/OpenXR?

OpenXR basic support has been added in VTK master (the branch shared by @Lfx_Paul basically), which is a first step.

We will update Slicer to the latest VTK master in the coming weeks and a few people are actively working on allowing switching from OpenVR backend to OpenXR in the SlicerVirtualReality extension.

You can join the Slicer Project Week preparation call in early January 2022 that brings together all people who are interested in implementing medical AR/VR/XR applications using VTK and 3D Slicer. See details here.

I use OpenVR render volume is good,OpenXR is show nothing.